Re-enactment is a core part of Winterfest. It is an immersive and educational activity where the people involved enjoy recreating aspects of historical events or periods. At Winterfest, you’ll find many re-enactment groups and individuals from a wide variety of historical periods demonstrating both daily life as well as the more energetic combat and fighting skills of yesteryear.

Find out more about the individual groups below.

The Australian Medieval Guild is a reenactment group that embraces all things medieval. Studying a number of aspects from history, members of the Guild study activities from farming and weaving to cooking and combat. In addition, members get together under experienced supervision to practise fight demonstrations for safe and fun displays.

Compagnie Batavia is a 17th century Dutch militia group, who demonstrate typical camp life in a militia company from the 1600’s to 1650’s. In the camp you will see activities such as using flint and steel for fire-starting, cooking demonstrations, guard duty and in-camp workshops.

During the day you will also see the Compagnie Batavia perform a pike and musket demonstration and working cannon artillery from the historical time. 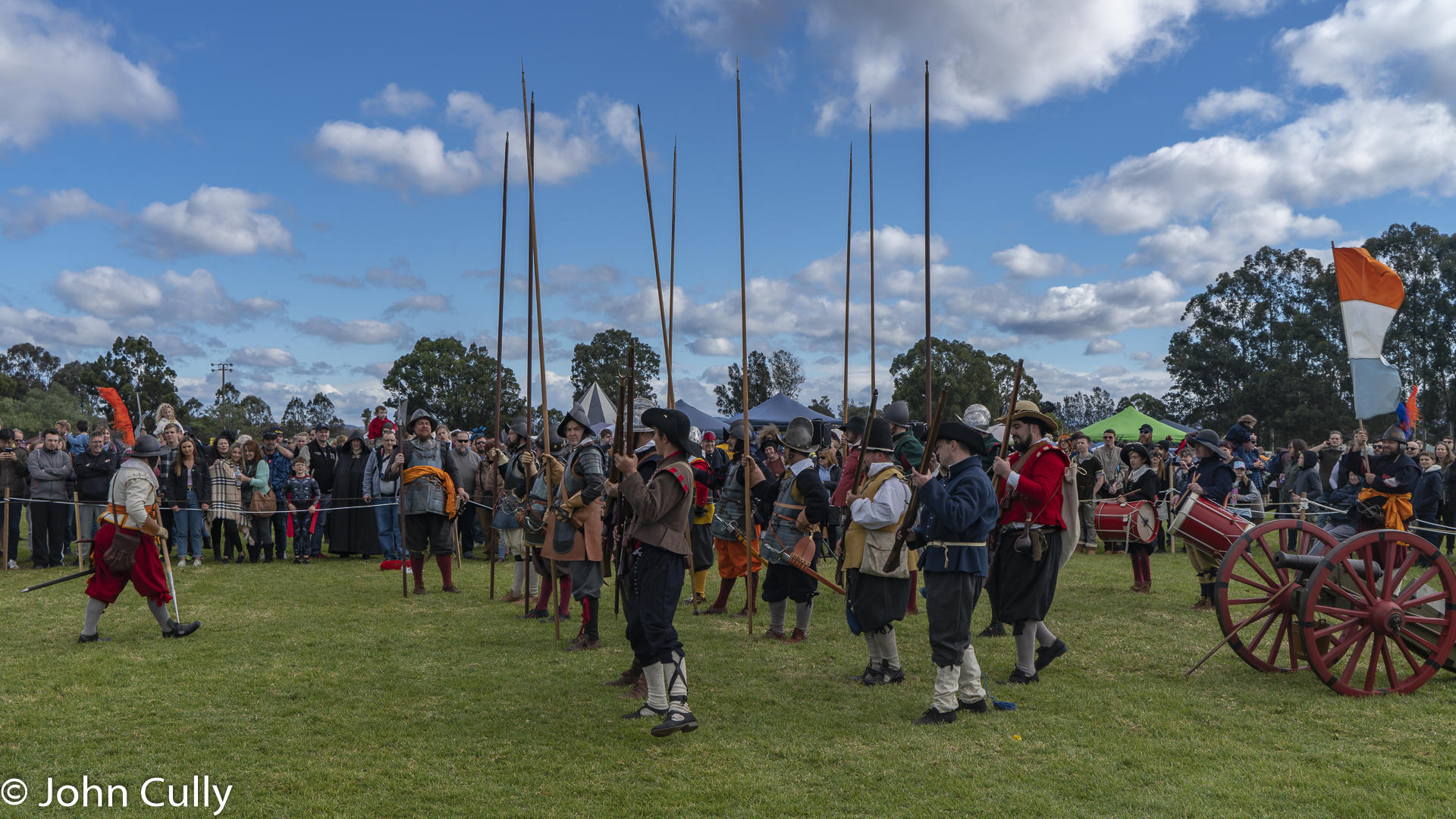 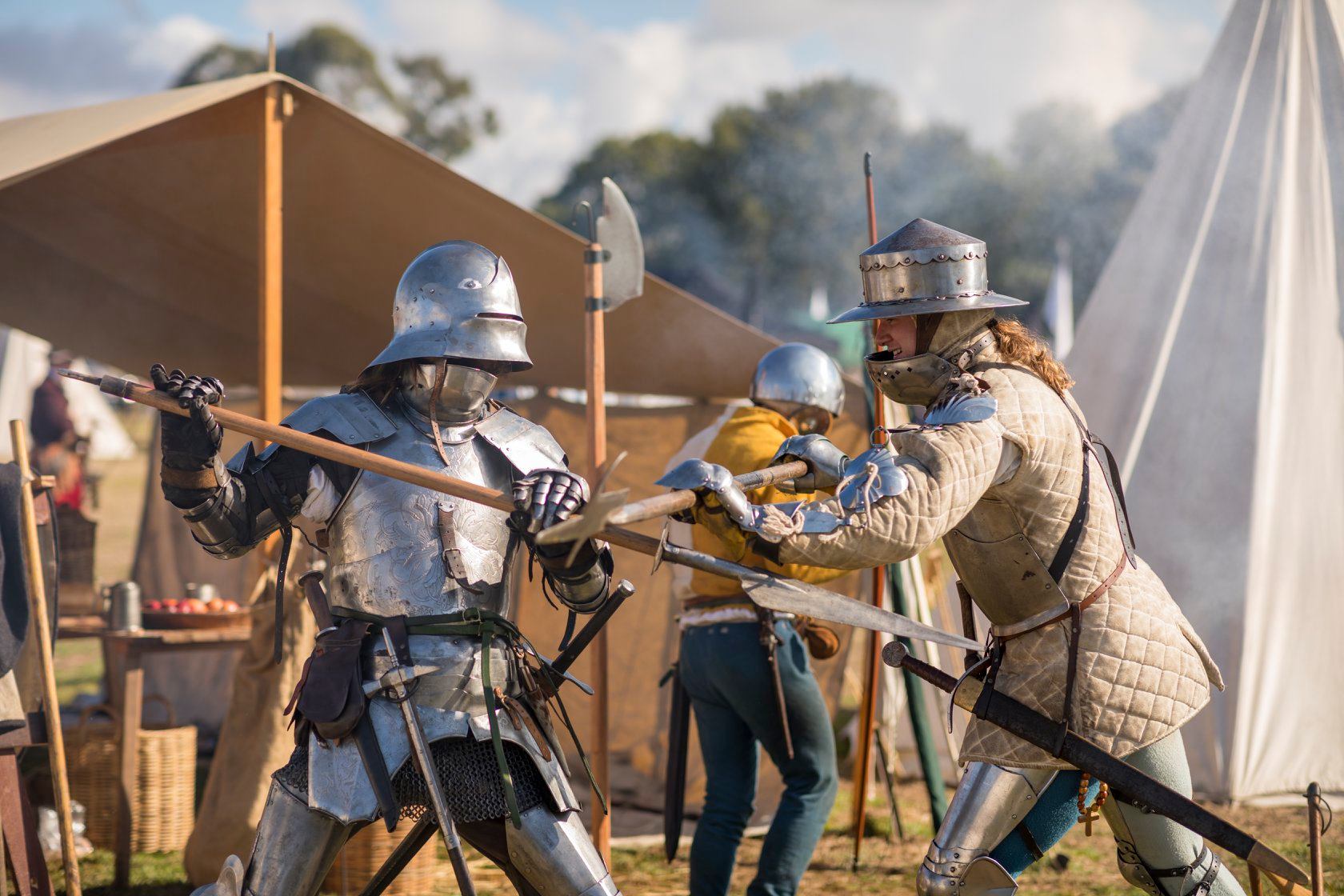 Company of the Cross

The Company of the Cross is a late 15th century living history group demonstrating the military life of a soldier of the ‘Wars of the Roses’.

The Company of the Cross offers a fully interactive hands on camp, where you can ask questions and learn about the life of a soldier during the 1400’s, including the types of arms & armour in use during the time and period cooking. Soldiers will also partake in the combat displays.

Event guests can also enjoy the day with photo & dress up opportunities, as well as hands-on displays.

Einherjar is a re-enactment and medieval combat group from East Hills in Sydney. It is named for the Einherjar (Ein-hair-yar) of Norse mythology: great warriors who died in battle and were taken to Valhalla to fight all day and drink all night until the end of days.

Einherjar’s members will be playing board games, crafting leather, creating tablet weaving, displaying period food items and giving you a glimpse into daily family life in their camp when they are not hard at work on the field of battle.

Europa is a reenactment group based in the Blue Mountains. Their core interest is the Viking kingdom of Jorvik (York) c.850-950 AD. They encourage the study and practice of all crafts from this era.

Gamall is an Icelandic Viking Group which is dedicated to historical accuracy. Members set up as a Viking ‘village’ with authentic tents, cooking gear, carved boxes, wool work, weapons and dress.

The Medieval Archery Society is a Sydney based re-enactment club, focusing on an English Free Company operating in France during the mid 14th century. Members present a range of those people who made up or accompanied the English Army in France, and specialise in the skills of archery. You can also join them for medieval table and strategy games.

Midgard is a multi-period combat group that also embraces its members’ love of period research into cooking, medicine, crafting and general living history. 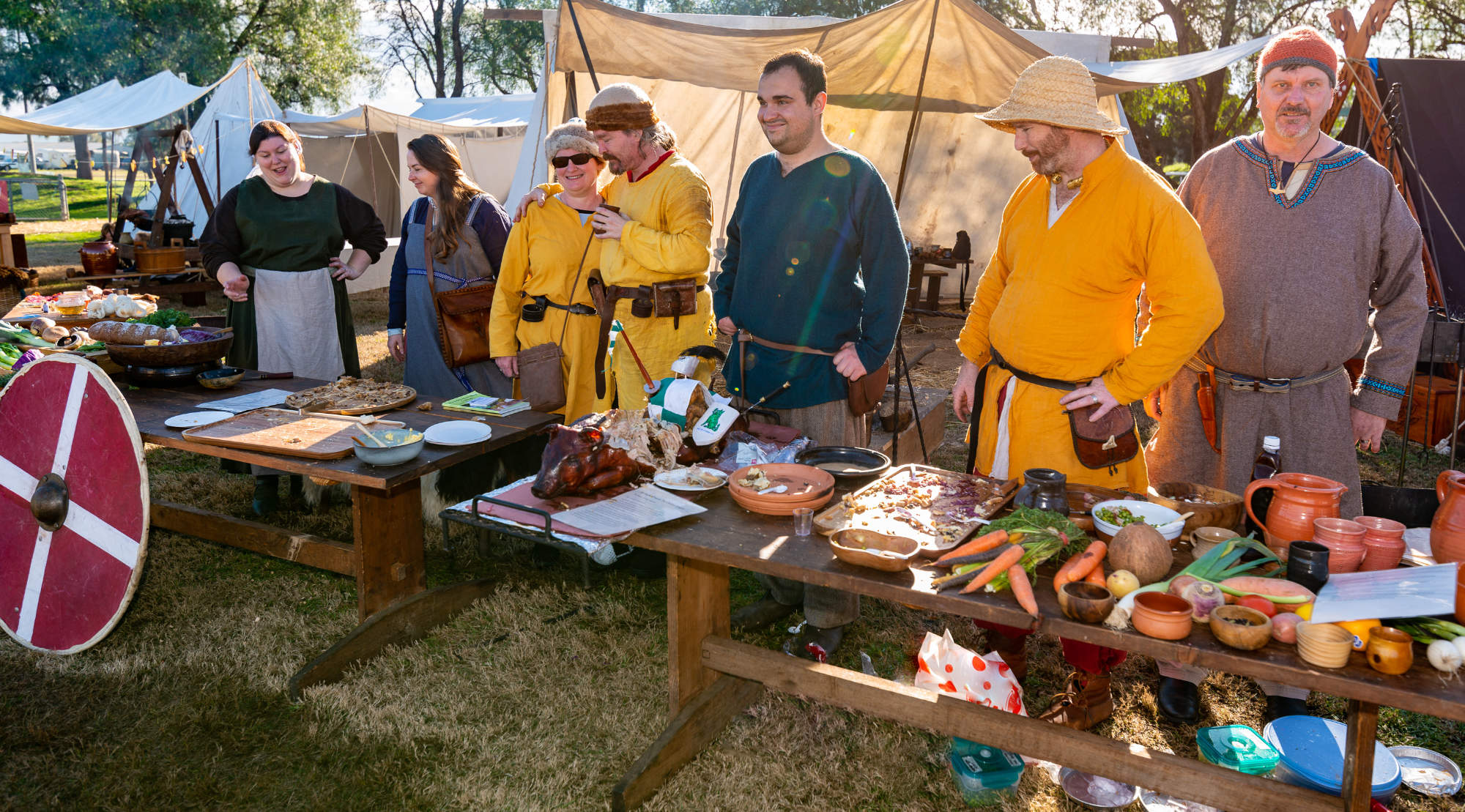 Miklagard re-create the Varangian Guard in the period 900CE to 1100CE. They immersively portray the ethnologies that were involved in the Guard (Rus, Khazar, Alanic, some Byzantine and Nordic influence) and encampment life of the period, including cooking, crafting, and arms and armour of the period.

Ninth Legion is an Ancient Roman reenactment group, based around Imperial Rome. The group’s time period is from 27BC to 108AD. They do a combat display using the weapons of their time period, and march through Winterfest in troop formation. You can also learn about life at Roman camps in their display area. 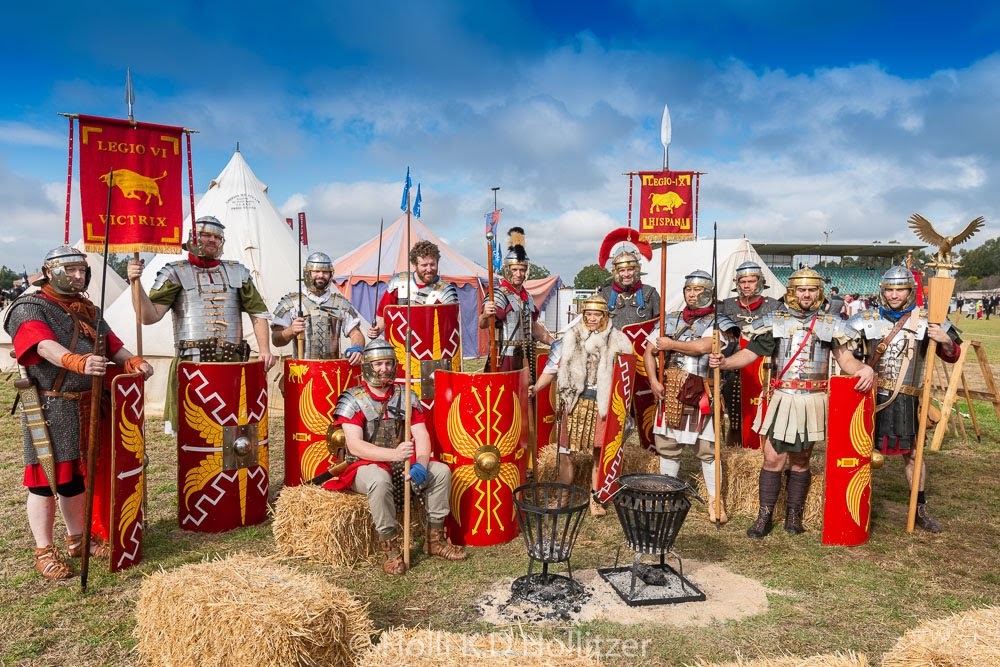 The Canton of Stowe-on-the-World is a group in the Barony of Rowany, Kingdom of Lochac (geographically Western Sydney). It is part of an international organisation called The Society for Creative Anachronism (SCA), dedicated to the study and recreation of pre-17th century Europe with activities such as combat, feasting, minstrelsy, costuming, embroidery, and much much more.

The Stoccata School of Defence is a modern school of Historical European Martial Arts (HEMA), that teaches systems of self-defence described in texts written between the thirteenth and nineteenth centuries. At Stoccata the focus is on reviving systems of bygone ages, whether the techniques be medieval fighting, the swordplay of the Renaissance masters, or the swashbuckling systems of ‘enlightenment’ Europe. 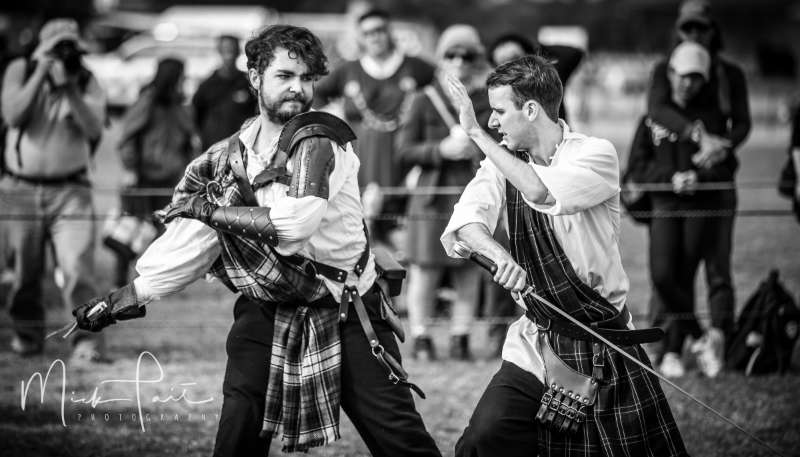 Swordplay is a Theatrical Fencing & Stage Combat troupe based in Blacktown & Campbelltown. Members learn the fight techniques used in theatre and entertainment industries, whether it be with rapier and dagger, the skills of the katana or the deft finesse used when fighting with staff and spear. Training can be found for all skill levels, with workshops, activities and performances through the day.

The Sirius Reenactors is a small group that features a diverse array of mixed-period reenactment: from Vikings through to Crusaders, and Jacobite Scottish Highlanders. They practise Historical European Medieval Arts (HEMA), and armoured reenactment combat, as well as other non-combat related forms of reenactment.

Uppsala medieval is a public combat display group with a focus on the combat from the 10th century through to the 15th century. The group has a range of combat styles, along with corresponding gear, and members pride themselves on training for a safe and intense combat experience.

‘Deep within the Weft, a realm of great danger and ancient mystery, portals abandoned by a lost civilization have begun to awaken! Adventurers from all across Scy’kadia flock to this fabled land, braving its ruins, fighting its monsters, seeking its treasures! -Do you dare to join them?’

Operating out of Rooty Hill in Sydney, Australia, since 2015, games run fortnightly (barring major events). The group aims to blend high-fantasy storytelling with a fun and energetic combat sport. 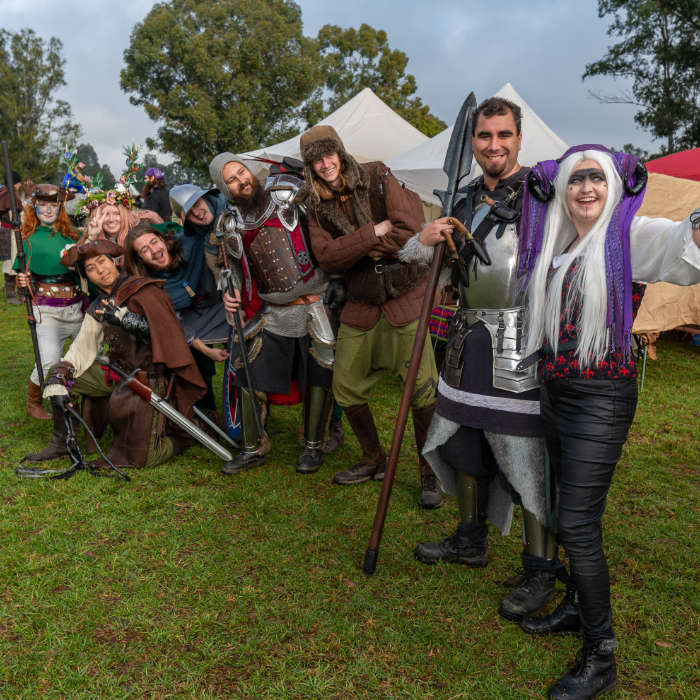